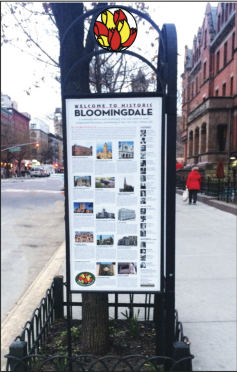 This is a photo of the Bloomingdale Kiosk, which is located on the corner of 103rd Street and Amsterdam Avenue in New York. Facing you is a poster of the History of the Bloomingdale District which includes the area's notable architecture and a list of many of the famous citizens who lived in the neighborhood. I designed this poster. If you look to the top you will see a stained-glass version of the tulip logo. 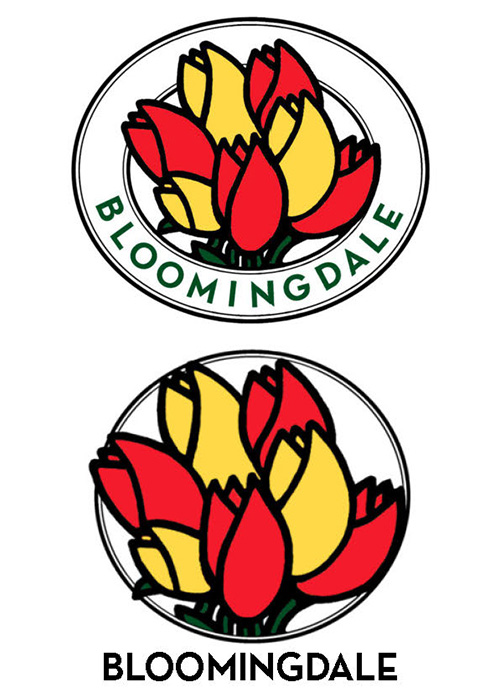 The folks from the Amsterdam/Columbus Business Improvement District wanted “a BID within a BID”. Within the existing Amsterdam/ Columbus BID they wanted to create a smaller BID, calling it “Bloomingdale,” which designates the region between 96th Street and 110 Street and west to Central Park, east to Riverside Park. Centuries ago, when the Dutch had colonized New York, the region was called “Bloomingdale.”

To develop their brand, I proposed an image of a bright bouquet of tulips, which would relate to the Dutch heritage (and refer to the word “blooming” in Bloomingdale).

They also mentioned that they wanted their logo to look as if it could be made of stained glass, so I placed the tulips in an oval. I developed many designs and various colors for the logo. We decided on a color combination of yellow and red.

The finished version comes in two formats: a round circle and a medallion. They are used for different functions—on banners, stickers, brochures, newsletters, and on their website— all of which will help develop and promote the neighborhood business community. 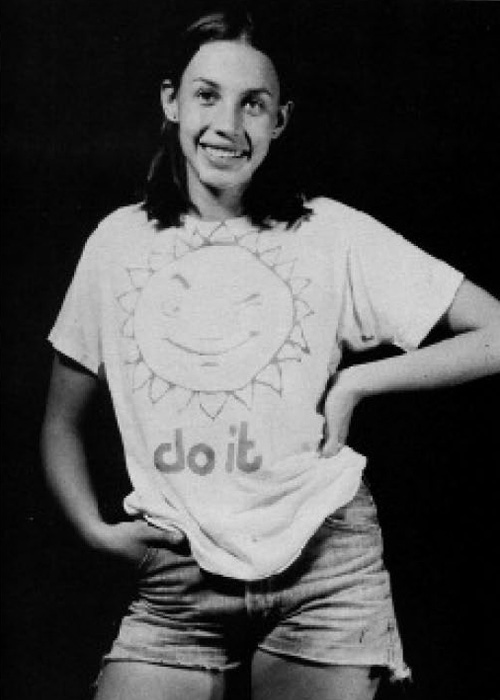 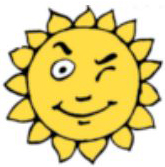 Did David Garner inspire one of the most
famous slogans in the history of advertising?

It was 1975. I was the art director of the yearbook at my small public high school. My assignment was to try to figure a way to sell yearbooks in advance to a bunch of high school seniors who could care less.

I created the “winking” sunflower logo and hand drew the tag line do it in a Bauhaus font underneath. I silkscreened a bunch of T-shirts, (you can see my friend, Joni, wearing one) and handed them out. The yearbooks sold out.

Ten years later Dan Wieden coined the now-famous slogan "Just Do It" for a 1988 Nike ad campaign, The only real difference is he added just one word, and the Nike swoosh logo. The sneakers sold like hotcakes. The campaign was chosen by Advertising Age as one of the top five ad slogans of the 20th century and is enshrined in the Smithsonian Institution.

I'll always wonder if it was “just” a coincidence, or did one of my silkscreened t-shirts drift west to the Seattle offices of Wieden+Kennedy sometime between 1976 and 1988?